Share a memory
Obituary & Services
Tribute Wall
Read more about the life story of Barbara and share your memory.

Her parents were German immigrants who came to the United States in 1929.  Her father proudly served in the United States Army during WWII from 1943-1946. During this time, Bobbie, her older brother, Kenneth and little sister Ingrid lived with their mom Katie in a Quonset hut, (government provided housing) in Los Angeles, California, until their father, Paul was Honorably discharged from the Army.

After the war, her father qualified for the GI bill, and they were able to purchase a home in Pico Rivera, California. She graduated from El Rancho High School in 1960 with an academic scholarship to Brigham Young University. While attending BYU, she met Richard Arnold Clasby (Dick). They were married on September 7, 1963 and sealed for time and all eternity in the LDS, Los Angeles, California Temple. Dick and Bobbie lived in Provo, Utah while she finished her degree at BYU and graduated in 1963 with a Baccalaureate Degree in Elementary Education.

Following graduation, they returned to California and started their family.  She was the mother of 6 children – Rick, Charlie, Tracy, Nate, Jen and Joe.

They Left California in 1972, where they moved to Cañon City, Colorado to be part of a Clasby Family Business.  1976, they finally settled in Pleasant Grove, Utah.

Bobbie’s life revolved around service and compassion.   She loved her Savior and was a dedicated and faithful member of the Church of Jesus Christ of Latter-Day Saints throughout her life.  She served diligently and effectively as a teacher and leader.   She graciously served all who came into her life.  She was happiest when serving.  She could never just sit, but always had to be doing something for others. So many have been touched and taught by her example.

Bobbie taught her family the importance of hard work, honesty and providing service to others.

In 2003, Dick and Bobbie were called to serve as senior missionaries in the Korea Seoul West Mission and there they served under 2 mission presidents and their wives.  Serving in Korea with Dick was a monumental and sacred experience for Bobbie. She loved the service she could provide, the people she served and those she served with.

She loved music and was always in ward choirs. She participated in the Colorado, United States, Bicentennial choir.

She loved to quilt and crochet.  She would make beautiful quilts she gifted to friends and family as well as donating to humanitarian efforts.

She loved to sew and made all the children’s and grandchildren’s band, choir, dance costumes and dresses.  Spent hours supporting her kids in every activity, club and interests.  She encouraged each child to be their best and supported them in academics, art, sports, and music.

Although she suffered from serious medical conditions the last year of her life, she remained strong and was a trooper and fighter to the end.  She was funny and found humor and joy in everyday little things with her family and brought so much happiness into their lives.

The Clasby Family would like to express sincere appreciation for the wonderful care and treatment given from the DaVita Dialysis center in Orem, and Symbii Home Health and Hospice team.

Preceded in death by:  Her parents, Paul and Kathe Klein, her brother Kenneth Klein and his wife, aunt Elsie Link, Bonnie (Bobbie’s sister-in-law and best Friend), and Debra Clasby (daughter-in-law – wife of Joe)

Funeral services will be held Monday, January 16, 2023 at 11:00 am in the Timpanogos Fourth Ward Chapel, 425 East 500 North, Pleasant Grove.  Family and friends may attend a viewing from 9:30 – 10:45 am prior to the services.  Interment will be in the Pleasant Grove City Cemetery.  Condolences may be sent to the family at www.olpinmortuary.com.

To send flowers to the family or plant a tree in memory of Barbara Mary (Klein) Clasby, please visit our floral store. 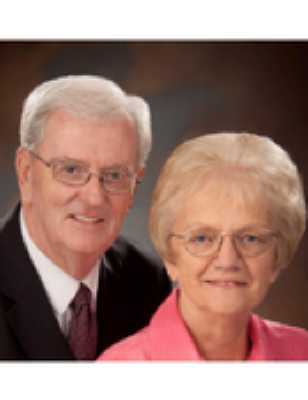