Share a memory
Obituary & Services
Tribute Wall
Read more about the life story of Jan and share your memory.

Jan Bright passed away on January 7, 2023, at age 84 in Orem, Utah, shortly after a stomach cancer diagnosis. He was the youngest of five children, born to Eugene Milton Bright, Sr. & Sudie Lorine Zylks on December 6, 1938 in New London, Texas. Jan will be remembered for his cheerful disposition, devotion to loved ones and God, positive attitude, and quiet respect for others.

After his family moved around the south for a few years, they settled in Freeport, Texas, when Jan was in the 4th grade. He attended Brazosport High School (class of 1957), where he played the trombone in marching band, orchestra, and jazz band. After high school, he enrolled in Sam Houston State Teachers College in Huntsville, Texas, where he continued playing trombone in orchestra and jazz band, graduating with a bachelor’s degree in Business Administration in 1961.

Jan was drafted into the United States Army in October 1961 and served two years in Deep Creek, Virginia, as a Personnel Specialist. When he returned to Freeport, Texas, in late 1963, he took a job as a Department Manager at JCPenney, where he met Flo Joiner (the head cashier). Their families had known each other their whole lives, but since Flo was six years younger, they hadn’t yet become acquainted. He took things slow, and she was drawn to his honest, loyal, and loving nature. They married on June 30, 1965 in Angleton, Texas, at his parent’s home. They were later sealed for time and all eternity in the Salt Lake Utah Temple on August 26, 1966. They welcomed two daughters Penny Del (December 1967) and Amy Lee (December 1972) and unfortunately lost a stillborn baby boy in between.

Jan continued working for JCPenney until 1972 when they moved to Albuquerque, New Mexico, to take a District Executive position with the Kit Carson Council of the Boy Scouts of America. A couple years later, he responded to a newspaper ad for pipefitters at the Hanford Nuclear Site in Richland, Washington. This resulted in a move to Washington in 1975 to work for Battelle PNW Laboratories, where he was quickly promoted to Manager of Crafts (plumbers, carpenters, pipefitters, etc.). The Bright family settled in nearby Kennewick, and many family members soon followed. Over the years, they enjoyed vacations to Disneyland, Yellowstone, and Nauvoo together. Jan worked for Battelle until he retired in 1999. Jan and Flo moved to Orem, Utah, to be near their two daughters in 2016.

He was an active member of The Church of Jesus Christ of Latter-day Saints throughout his life and served diligently and faithfully, holding every office of the priesthood. Callings included Scoutmaster, Bishop of the Kennewick 6th Ward (currently Edison Ward) from 1980-85, Stake Clerk, Stake High Councilor, Excursion Temple Worker at the Seattle Washington LDS Temple for 11 years, and Temple Worker at the Columbia River Washington LDS Temple for 14 years. Jan and Flo also served as missionaries at the Welfare Service-Employment Center for the Church of Jesus Christ of Latter-day Saints in Kennewick, Washington. He was dedicated to and had a profound testimony of the Gospel of Jesus Christ. His greatest achievements were providing for his wife and daughters, living the gospel, and influencing others for good.

A graveside service will be held Friday, January 13, 2023 at 2:00 pm in the Pleasant Grove City Cemetery (550 North 100 West, Pleasant Grove, Utah). with full military honors.  Condolences may be sent to the family at www.olpinmortuary.com.

Thanks to Olpin Family Mortuary in Pleasant Grove for handling the burial arrangements.

To send flowers to the family or plant a tree in memory of Jan Douglas Bright, please visit our floral store. 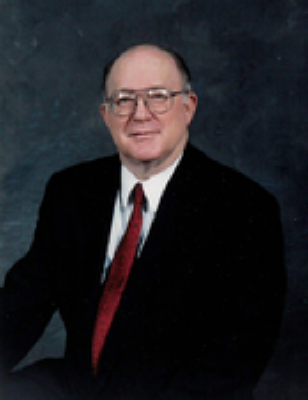