Share a memory
Obituary & Services
Tribute Wall
Read more about the life story of John and share your memory.

John Hilton Emery passed away on January 09, 2023 at the age of 66. He passed in his home in Pleasant Grove, Utah surrounded by members of his family.

John H. Emery was born November 3, 1956 to Boyd J. Emery and Velma (Rhodes) Emery. He was the youngest of five siblings. John was born at the LDS hospital in Idaho Falls, Idaho. He spent his young adult life making trouble in Idaho Falls. John attended Skyline Highschool where he graduated in 1975. He departed Skyline and enlisted in the United States Army.

As an enlisted Soldier, John was deployed to South Korea where he was stationed along the boarder between North and South Korea. His job, as he put it, was to fire the missiles and run away. John transitioned to reserve force duty upon his return from Korea and became a Cadet at Ricks College, now BYU Idaho. John earned his commission from Ricks College and became an Officer in the United States Army Reserve. John would serve in the Army Reserve for 20 years, retiring as a Major.

John worked for Cable T.V. after his time in the active-duty military. He discovered quickly that he wanted to do more in life and begun taking classes at Ricks College where he would eventually graduate with an associate degree in Electrical Technology.  John returned to school the next year at Boise State University and earned his bachelor’s degree in Construction Management.

John was extremely passionate about his work in Construction. He had over 30 years of experience in the industry and continued his work for the industry until he died. John would serve as the Senior Project Manager for several construction projects throughout his career, but he was most proud of his work with Jacobsen Construction restoring the Idaho Capital Building, Salt Lake Tabernacle, and the Provo City Center Temple. John was recognized for these accomplishments by winning several awards but most notably, The 2007 AGC Project Manager of the Year. His daughter sarcastically titled him “Savior of the Provo City Center Temple”. At work, he loved to quote Walt Disney by saying “It is fun to do the impossible”.

He met the love of his life, Nola Kay Barrow, in December of 1977. When he met her, she was sitting in an ash tray. John asked her “Why are you sitting in an ash tray?” She responded, “isn’t that where butts belong?” They would date for 9 years before they finally got married December 27, 1986 in Reno Nevada.

John and Nola had three children. Troy James Emery, Travis Justin Emery, and Trishia Jae Menges. Nola always joked that “John loved his children, his work, his dogs, his car, and then her, in that order”. John’s children each married and provided him with several grandkids to spoil. Troy Emery, who married Michelle Emery had their son Easton Travis Emery. Travis Emery, who married Cynthia Emery and brought home two children, Asher Sarang Emery and Bille Saebom Emery. Trishia Menges, who married Mychael Menges who had their son Brandon Lee Menges.

For a reclusive man, John made tons of friends. He was always calm and collected and friendly to everyone he met. His friends and family recall that any time he was asked how he was doing he would say “I’m livin’ the dream” or “I’m just ducky”.

John was proceeded in death by his mom and dad, Boyd and Velma Emery, his brothers, James, Robert, and Dennis Emery. He is survived by his Sister Anet Bargelt, his wife Nola Emery, his sons Troy and Travis Emery, and his daughter Trishia Menges.

Condolences may be sent to the family at www.olpinmortuary.com.

To send flowers to the family or plant a tree in memory of John Hilton Emery, please visit our floral store. 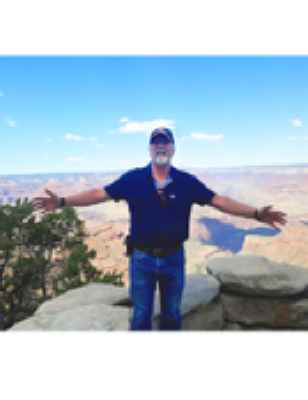