Ted Eugene Maag (Gene) peacefully passed away Thursday, December 29, 2022, at the age of 86 surrounded by his family. He was born January 21, 1936, in Provo, Utah to Ted and Velva Maag. He was the oldest of four siblings: two brothers and one sister. He was cherished and influenced by many people during his life.

Gene grew up in the Carterville area of Provo where he spent many hours fishing and hunting. Gene was an extremely hard worker. He started driving a car at 12 years old. He helped on his family’s farm and had many extra jobs: working in gardens, picking fruit, and bailing/hauling hay. He worked at local service stations and sold baby clothes that his mother made for extra income. At the age of 15, his father was injured in a bad accident, so he started driving to Orangeville near Price to shovel and haul coal to support his family.

Gene graduated from Lincoln High School in Orem, Utah and where he met his sweetheart Shirley May Edwards. He played football and Shirley was a cheerleader. They were sealed in the Salt Lake City Temple on September 30, 1954. They have been married for 68 wonderful years.

Gene served in the military during the Korean War. He taught mechanics and fixed big army tanks. This is where he learned to love teaching. He continued his education at Brigham Young University and became a teacher. He later became a principal. Gene loved to learn and loved to teach. He has touched the lives of so many students, parents, and teachers over his many years.

Gene was a devoted member of the Church of Jesus Christ of Latter-Day Saints. He faithfully served in many callings as Bishop, Stake High Councilman, and many others. He served a mission with his wife Shirley in Louisville, Kentucky.

Gene had a passion for life, and he enjoyed many fun vacations with his family. He had the knowledge to fix everything and spent many hours in his garage. He was a master gardener and mechanic! He loved boating, camping, hunting, and most things outdoors.

The family would like to give special thanks to Spring Gardens Assisted Living and Tender Care Hospice for the loving and kind care they both showed him in his final moments.

Funeral services will be held Wednesday, January 4, 2023 at 11:00 am in the Lindon Fifth Ward Chapel, 610 West 100 South, Lindon, Utah where family and friends may attend a viewing from 9:00 – 10:45 am prior to the services. Interment will be in the Lindon City Cemetery.  Condolences may be sent to the family at www.olpinmortuary.com.

To send flowers to the family or plant a tree in memory of Ted Eugene "Gene" Maag, please visit our floral store. 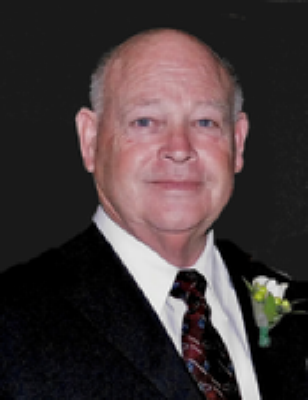