Plant a tree in memory of Warren
An environmentally-friendly option 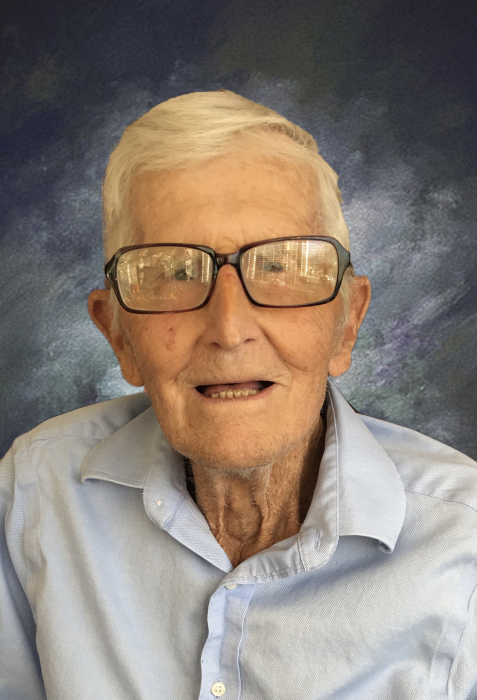 On March 16, 2021, Warren Ray McConnell, loving son, brother, husband, father of six, grandfather of twenty-two, and great grandfather of thirty-eight passed away peacefully surrounded by his family at the grand age of ninety-five. Warren was born on February 6, 1926 in the bunkhouse of his grandfather’s farm, near Fruitland Idaho to William Huff, and Beulah Stuart McConnell. He was the eldest of four children followed by a twin brother and sister, who died soon after birth. His youngest sister, Lela was born two years later. Warren spent his younger years with his beloved dog Snip. Hunting, fishing, and trapping on the banks of the Snake and Payette rivers with his friends. Warren proclaimed he was never bored or lonely. Saying, “there is always something to do, something to build, someone to visit, a book to read, or a pet to play with.” He was a great lover of animals. In fact, some thought he could understand their emotions and sounds more than anyone. As a young boy, he raised magpies, foxes, a bobcat, an alligator, a groundhog, chinchillas, and now and then a skunk! In 1941, when Warren was fifteen, the McConnell family moved to Hermiston,

Oregon where he graduated early from high school. At seventeen he fibbed his way into the US Navy, serving WWII on the battleship USS Alabama which earned nine battle stars. After returning from the war in 1946 Warren attended a satellite campus of Gonzaga University, to become a veterinarian. Due to the need for workers, he left college in his second year, to build the McNary Dam on the Columbia River. Soon he met the love of his life, Bonnie Lou Dacy. There are many funny stories of his tenacity to win her over, after many dates spanning two long years. Warren and Bonnie were married in Hermiston, Oregon in the fall of 1949. They soon purchased 10 acres where they carved a little farm out of the Oregon soil raising five girls and one boy under the trees, above the river, two miles from town. Maternal and paternal grandparents, aunts, uncles, cousins, and good friends celebrated at their house at the end of the road, which still bears his name, after 62 yrs, McConnell Lane.

He supported his family with employment on the Union Pacific Railroad and the Boise Cascade paper mill until retiring to buy a business with his wife. Warren and Bonnie’s family became members of The Church of Jesus Christ of Latter-Day Saints and were sealed as a family in the Idaho Falls Temple in 1972. He has written in his memoir “My greatest joy and comfort is the love Bonnie and I have for each other, our children and their families, knowing that we will be together for time and all eternity. What a great blessing! Many family members continue to grow and serve in the gospel to this day. He is preceded in death by his parents, his siblings, Paul and Pauline McConnell, Lela Bell McConnell Olsen, Gordon Alan Bransford, and Spencer Warren Connelly.

A family service was held at the McConnell home in American Fork, Utah on Saturday, March 20, 2021. Interment followed in the Lehi City Cemetery.  Condolences may be sent to the family at www.olpinmortuary.com.

Plant a tree in memory of Warren by clicking here.
To send flowers to Warren's family, please visit our floral store.

A service summary is not available

Plant a tree in memory of Warren
An environmentally-friendly option

Plant a tree in memory of Warren

1 tree planted in memory of Warren

Bonnie and family, we are so sorry to learn that Warren has passed away. He was such a good neighbor and we were sad to see you move.  One of my fondest memories of Warren was when he would often stop to say hi but didn’t stay long as he was on his way to town for his 8 pack of pepsi in glass bottles. Duane told me how much he learned from Warren and he really appreciated that.

A Memorial Tree was planted for Warren Ray McConnell

Plant a tree in memory of Warren